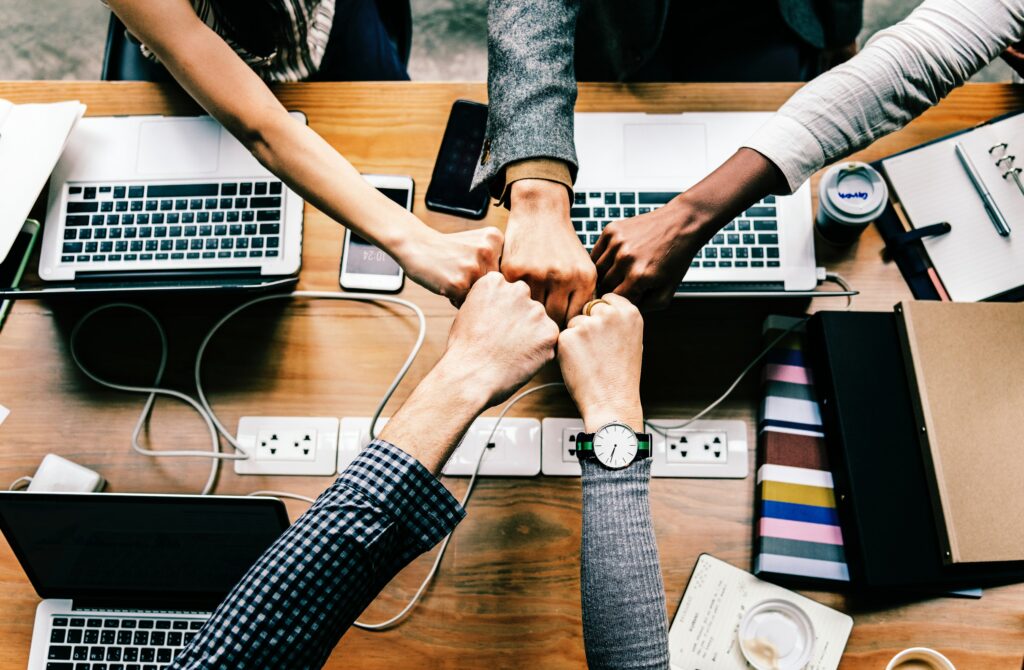 Will Millennials Be the Most Generous Generation?

Based on studies from the Pew Research Center and Andre Bourque, this month’s Waccamaw Wisdom focuses on changing trends in giving. Karen Minogue explains the giving trends of the Millennial generation, crowdfunding, and what it all means for philanthropy. Suggestions for future topics are always welcome at communications@mywcf.org.

Pew Research Center has been studying the Millennial generation for more than a decade now. In early 2018, the organization defined a Millennial as anyone born between 1981 and 1996 (ages 22–37 in 2018.)

Millennials are sometimes chastised for being greedy and self-absorbed. Supposedly, this generation donates less and volunteers less for charitable causes than any other age group, despite being the largest U.S. demographic by age.

But it may depend where you’re looking. According to Andre Bourque, Tech Evangelist Covering High Growth Trends, Millennials are the driving force behind a crowdfunding movement for everything from medical expenses, to memorials, to disaster relief, to social causes. Contributing an estimated $3 billion in 2014, according to another research firm, Massolution.

Where does all the money go?

So, what exactly is crowdfunding?

Simply put, crowdfunding is what it sounds like: a way to connect “crowds” to individuals, causes or movements that need to raise funds – sans middleman. Think GoFundMe. It could also be described as funding a specific project by raising many small amounts of money from a large number of people online.

Crowdfunding fits when and why Millennials want to give. 8 out of 10 crowdfunding donations are made via mobile—most of them through social networks—combining two technologies that Millennials take to intuitively. By contrast, a majority of older generations say they still aren’t comfortable donating through a smartphone or social network.

According to Bourque, Millennials:

While the growth of crowdfunding overall has been impressive – 40 to 50 percent each year – crowdfunding for charitable causes is still in its early stage. Further improvements, especially in areas such as openness and transparency will help accelerate this growth.

Community foundations have one thing in common: uniting people from all walks of life who have the desire to make a difference in their community, no matter how they give. If you have a charitable idea or dream, share it with us. We are here to serve as your first resource for all things charitable in Horry and Georgetown counties. Bonus: giving to a fund at WCF is like giving to a crowdfunding campaign.

For example, WCF holds the Disaster Recovery Fund for Horry and Georgetown Counties, a fund for disaster relief in our region. Anyone can support this fund (or any other fund at Waccamaw Community Foundation) at any time with an online gift to help those affected by disaster in our region.

We were proud to help the Area Recovery Council of the Myrtle Beach Area Chamber of Commerce establish this fund in 2016 in response to devastation caused by Hurricane Matthew. This fund recently made a grant to Catholic Charities in support of their efforts to repair homes damaged by the lingering impact of this hurricane and historic flooding in our region over the past three years.

If you’re interested in contributing to this fund, go to waccamawcf.org/give-now/ and designate your gift to the “Disaster Recovery Fund for Horry and Georgetown Counties.”

This blog does not provide legal or tax advice. Consult your independent attorney, accountant and tax advisor before implementing any financial, tax, or estate planning strategy.

Source: Andre Bourque, Are Millennials the Most Generous Generation?, Entrepreneur

Through the Disaster Relief Fund, Waccamaw Community Foundation serves as the primary point of financial donations for all disaster relief and recovery efforts in Horry, Georgetown and Williamsburg counties.

A native of Alabama, Tim received his bachelor’s degree in business administration from Auburn University and a master’s degree in religion from Lenoir-Rhyne University. He brings to WCF a background in grant writing and in disaster recovery most recently serving the South Carolina Conference of The United Methodist Church.

Tim resides in Galivants Ferry with his wife Julie and their four children.

Phillip Anderson is a Senior Vice President & Senior Lending Officer for Asheville, North Carolina-based HomeTrust Bank, serving the coast of South Carolina. Throughout his 22-year banking career, he has served in commercial banking, trust administration, retail banking, and market leadership roles with mid-size and regional banks in South Carolina and Georgia. He has always embodied the community banking model of building strong local relationships and being active in numerous non-profits and promoting their causes.
He is a graduate of Mercer University in Macon, GA, the Cannon Financial Institute’s Trust School, The Stonier Graduate School of Banking and Wharton Leadership program. He is also a graduate of several Chamber of Commerce Leadership programs over his career.
Phillip resides in Pawleys Island, South Carolina, with his wife Mary Beth and daughter Carolina. In his free time, he enjoys spending time with his family, reading, and playing golf.

Ellen serves the Foundation as its Stewardship and Communications Officer, responsible for communicating with fund holders on a regular basis and providing advice when needed, particularly around fund development as well as relevant field of interest information.

A native of Hillsboro, Ohio, Ellen provides more than three decades of non-profit leadership experience, focusing on creating major gift and planned giving opportunities to support organizations’ programs, special projects and capital campaigns. Ellen received her B.A. in National Security Policy from The Ohio State University. She lives in Murrells Inlet with her husband Jay and their two cats, Mabel and Murray.

Chris Hanna is a Senior Broker Associate with Coldwell Banker Sea Coast Advantage. Born and raised in Myrtle Beach, he started in the real estate business in 1993. Chris is a member of the Coastal Carolinas, South Carolina and National Associations of REALTORS and is an active local community member as well, having served on various boards such as the Horry County Zoning Board of Appeals, the Coastal Carolina Athletic Foundation, and Horry County school district Carolina Forest Advisory Board. He is a member of the Myrtle Beach Area Chamber of Commerce, Myrtle Beach Area Hospitality and Oceanview Baptist Church. Chris is a graduate of Socastee High School in Myrtle Beach, and he received his Bachelor of Arts from the University of South Carolina at Coastal Carolina in 1992.

Rick Elliott is president of his family business, Elliott Realty, one of the most prominent real estate companies in North Myrtle Beach. As a native of Horry County, he has always made giving back to the community a part of his approach to business. Each guest who stays with Elliott Realty is given the option to add an additional $1 per night to their bill to be donated to the Elliott Realty Charitable Community Fund at Waccamaw Community Foundation, which invests in causes throughout the surrounding community. Rick brings this commitment to community philanthropy to his service on the Waccamaw Community Foundation Board of Directors. He has also served as the chairman of the North Myrtle Beach Chamber of Commerce.

Tyler Easterling is a native of Marietta, Georgia and has resided in Georgetown County since moving to the area in 2002. Tyler is the president and COO of The Brandon Agency, an integrated marketing agency headquartered in Myrtle Beach. She is the current board chair for Coastal Montessori Charter School and serves on the boards of Helping Hands of Georgetown and Young Presidents’ Organization Southern 7 Chapter. She is a member of the 2018 Liberty Fellowship class.

Tyler holds an undergraduate degree in Journalism from the University of Mississippi and a Masters of Mass Communication from the University of South Carolina. She is an active member of Duncan Memorial United Methodist Church and enjoys spending time with her husband, Marshall, and two daughters, Julia and Anne Marshall.

Terri serves as executive director of Women in Philanthropy and Leadership for Coastal Carolina University (WIPL). She is married to Coastal Carolina University President David A. DeCenzo, and when he joined the university in 2002, she became passionately involved with the life of the university, taking an active role in issues relating to student government and NCAA athletics, among others. Previously Terri has served on the boards of the American Red Cross and the Foundation for Georgetown Hospital System and was an adviser to the Safe Families Initiative that established Family Justice Center of Horry and Georgetown Counties. In 2016, Terri was awarded the Order of the Silver Crescent by South Carolina Governor Nikki Haley. A graduate of St. Joseph Hospital School of Nursing and Towson University, she spent most of her career practicing in critical care. The DeCenzo’s have four children: Mark (his wife Jen), Meredith (and her husband Ryan Daley), Gabriella and Natalie; and one beautiful grandson, William Mason Evans.

Dr. Tracy Bailey earned a Ph.D. in Education with a specialization in Language and Literacy at the University of South Carolina in May of 2013. She is a Teaching Associate with Coastal Carolina University teaching Intermediate Literacy Development and Instructional Practices for Early Literacy.

Dr. Bailey began her career in education as a high school English instructor and has worked in both rural and urban educational settings. After realizing the impact professional development and community literacy had on her personal and professional growth, she wanted others to experience this. She is the founder and executive director of Freedom Readers, Inc., a nonprofit company dedicated to promoting literacy. Tracy seeks to instill in teachers, students, and the community at large the belief that every student can learn and every learner has the responsibility to pass on new knowledge to another.

Dr. Bailey earned her BA from The College of Charleston- majoring in English Education- and a Masters in Secondary Education from Coastal Carolina University. She is married to award-winning writer, Issac J. Bailey, and is the mother of two wonderful children, Kyle and Lyric.

A 1987 graduate of UNC Chapel Hill, Brent came to the Grand Strand area in 1989. After a 31 year career with HTC (Horry Telephone Cooperative), he retired in 2021.  In addition to his current role with WCF, he also serves as a member of the Board of Commissioners for HGTC. He is also active with his church; serving as a Sunday School teacher and congregational song leader.  He and his wife, Dana, live in the Conway area.

Shawna, a native of Jamaica, NY, has more than 15 years of experience working in the hospitality and tourism field. Since relocating to South Carolina in 2004, she spent a few more years working with a local hospitality company before joining WCF’s staff.  While a native New Yorker, Shawna has a rich heritage right here in the Waccamaw area. Her mother was born and raised on Sandy Island, and her father is from Bucksport. She enjoys cooking, stargazing with her family, cruising and once retired….RVing! Shawna and her husband are empty nesters and resides in Myrtle Beach.

Mike is a veteran business leader with more than 30 years of experience as an innovative problem solver and change agent for nonprofit, banking and small business organizations. Mike is a skilled economic developer with background in community development, downtown redevelopment, industrial development and strategic planning. His passion is helping Communities and Businesses thrive and grow. Most recently Mike served as the President and CEO of the Triangle East Chamber of Commerce & Economic Development Foundation in Johnston County, NC and as Executive Director for the Sustainable Opportunity Development Center, Inc in Salem, OH. Mike and his wife Christine make their home in Little River, SC. They have 3 children and 5 grandchildren living in Charleston, SC, Atlanta, GA, & Austin TX. Mike enjoys boating on the ICW, tinkering in his workshop/garage and spending time with family and friends.